AN OPEN LETTER TO THE PEOPLE OF VIET NAM 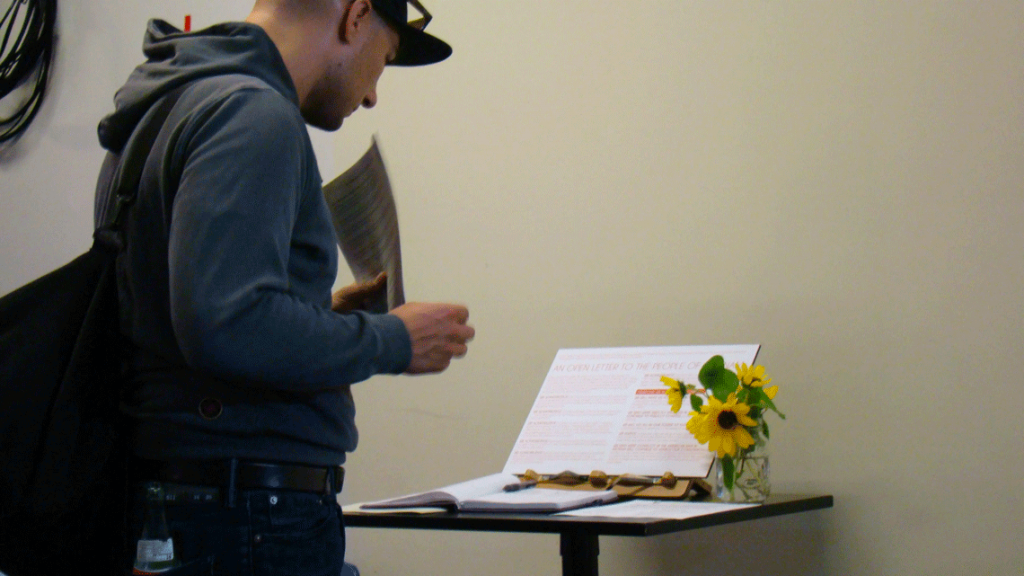 On the 2018-2019 tour over 750 people signed this Open Letter to the People of Vietnam written by members of the Veterans for Peace’s Vietnam Full Disclosure Committee. This letter and the book of signatures will be delivered to the staff at the Son My Memorial in My Lai hamlet.

Many Americans, especially those of us who came of age during the American War in Viet Nam, understand that our war in Vietnam was a crime of untold proportion and a massive violation of international law. As citizens under this government, we have to accept responsibility for its actions. It is with that realization in mind that we engage with you during this 50th Anniversary year of the My Lai massacre.

We acknowledge that this terrible massacre was a clear atrocity, but also we recognize that it was not an anomaly — that it is one of many such abominations that many of our soldiers inflicted on the people of Viet Nam during the American War.

We acknowledge the deep and tragic suffering we have caused you — death, destruction, the ruin of your land, and the torturous rending of your social fabric.

We acknowledge the great sacrifices you have made to resist our government’s global, imperial designs, including battling the civil strife our military forces brought to your society as they pitted governments they manipulated against your resistance forces. Many of our soldiers deepened and exploited the divisions in your society.

We acknowledge the virulent form of racism that our government brought from our country into yours making no attempt to understand your rich history and culture.

We acknowledge that this racial animus led us to assault your people with what our government leaders imagined was “impunity,” using our Pentagon’s almost unlimited funding and massive firepower to kill, maim, and poison your land and people.

We acknowledge that even after our armed forces had withdrawn from your country, abandoning our government’s colonial designs, many U.S. government officials continued to wage economic warfare against you to thwart your efforts as you rebuilt your reunified country.

Therefore, we pledge the following:

We will make an honest effort to try as fully as possible to understand and feel the impact of the war on your families and your land, to empathize with your struggles and suffering and to share our experience with others.

We who were directly engaged in this war will continue to publicly confess our complicity in your country’s suffering.

We will do all in our power to make amends by supporting efforts to assist you in the healing of your land and your people.

We pledge to keep learning, and taking to heart, the lessons our people should have learned from the American War in Viet Nam as we work to attain peace and social justice in our own country.

We who were complicit in the American War in Vietnam will continue to search our consciences as we face our own direct and indirect participation in a system that enabled our government to start and escalate this war against your land. We cannot undo the wrongs we have done, but we will use our remorse to work for world peace.

go to journals
Home
The Exhibit
Reflections
About
News
Media